The Open Art Histories Pedagogy Institute will bring together educators from a range of disciplines to examine pressing pedagogical issues related to teaching visual and material cultures; to share strategies for increasing accessibility and diversity in arts education; and to workshop teaching practices, including assignments, in-class activities, and methods of delivery. We extend a special invitation to BIPOC and 2SLBGTQ participants.


The field of art history is in the midst of a transformation. Over the past two decades, the geographical boundaries, visual and material objects, and theoretical frameworks that have structured the discipline have been critically re-examined and radically expanded. In the wake of postcolonial theory, the global turn, and the rise of visual and material culture studies, Eurocentric priorities have been subverted and the word “art” in art history has swelled to include craft, design, and electronic and digital media from disparate cultures and contexts. For scholars, these developments have been invigorating, opening new paths of inquiry and possibilities for transdisciplinary and transnational exchange. However, they must be matched by transformations in teaching if they are to have a truly meaningful effect on the future of the discipline.

Dr. Sue Shon is Assistant Professor of Critical + Cultural Studies at Emily Carr University of Art + Design. Her research and teaching interests include critical race and ethnic studies, aesthetic theory, and diasporic literatures and visual cultures. She is currently working on a monograph, Racial Sense and the Making of Aesthetic Modernity, which tells the story of how race acquired a visual feel due to constraints in the language of modern human perception.

Supported by SSHRC and the Principal's Development Fund 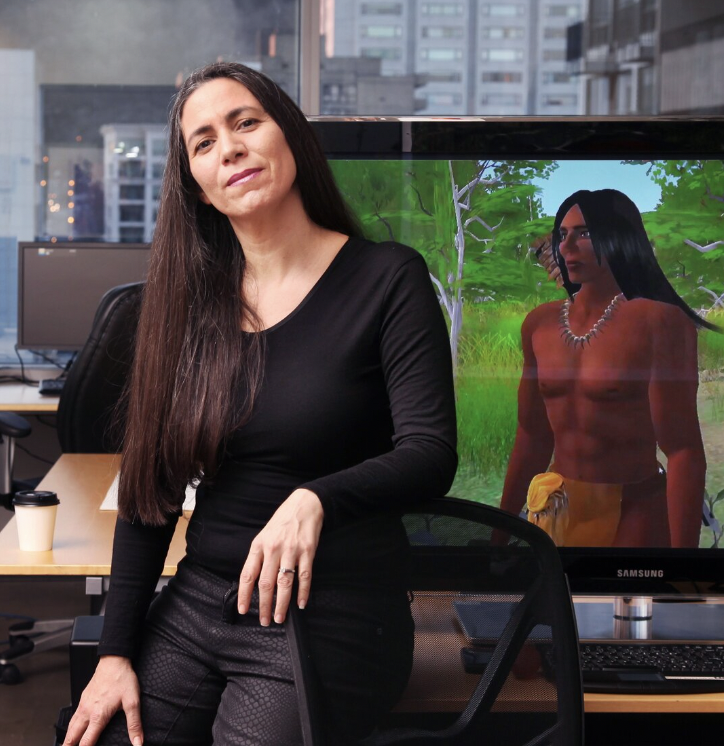 Skawennati investigates history, the future, and change from her perspective as an urban Kanien’kehá:ka woman and as a cyberpunk avatar. Her machinimas, still images, textiles and sculpture have been presented and collected internationally. Recipient of an Honorary Doctorate from the Minneapolis College of Art and Design, she is also a proud member of the Guild of Future Architects and a founding board member of daphne. She co-directs Aboriginal Territories in Cyberspace, a research-creation network based at Concordia University and is represented by ELLEPHANT. Originally from Kahnawà:ke Mohawk Territory, Skawennati resides in Montreal.

Skawennati has been active in various communities. In the 80s she joined the nuclear-disarmament peace group, SAGE (Students Against Global Extermination), and the Quebec Native Women’s Association. In the 90s she co-founded Nation to Nation, a First Nations artist collective, while working in and with various Indigenous organizations and artist-run centres, including the Native Friendship Centre of Montreal and Oboro. In 2005, she co-founded Aboriginal Territories in Cyberspace (AbTeC), a research-creation network based at Concordia University whose projects include the Skins workshops on Aboriginal Storytelling and Digital Media as well as the Initiative for Indigenous Futures. Throughout most of the teens, she volunteered extensively for her children’s elementary school, where she also initiated an Indigenous Awareness programme. In 2019, she co-founded centre d’art daphne, Tiohtià:ke/Mooniyang/Montreal’s first Indigenous artist-run centre.

Supported by SSHRC, the Faculty of Arts and Science, and the Department of Art History and Art Conservation