Beyond Words Youth Art Assembly is a collaboration between Roots and Wings and Union Gallery. This program includes free art sessions designed specifically for Roots and Wings youth with the support of troupe leaders and featuring local BIPOC artists. Beyond Words Youth Art Assembly aims to create space centred in mutual care, empowerment and collective modes of art making for racialized youth in Katarokwi-Kingston.


Beyond Words Youth Art Assembly is an arts-based program centred in healing and communal art making to create a safe and creative space for Roots and Wings youth and troupe leaders. Art making sessions are led by professional and student artists—Melanie Gray, Viiein Dampier, Elise Ngo, Yvonne Tan and Kemi King—to support a network of creative exchange, community and world-building. Process-based art activities include collage, photography, body movement, and painting. Beyond Words Youth Art Assembly is a free program with art supplies provided. This program is generously supported by the Inclusive Community Fund, Office of the Provost and Vice-Principal (Academic), Queen's University.

Roots and Wings is an organization aimed at girls, trans, and gender non-conforming youth of colour between the ages of 8 and 14 in Kingston, Ontario and its surrounding area. R&W offers diverse programming created by undergraduate and graduate students at Queen’s University (as well as alums) that aims to educate, empower and engage youth in social justice topics. Roots and Wings strives to create a space for both youth and Roots and Wings team members in which they can teach and share their unique skills with each other, as well as the larger community through education and action. By developing an ethic of care, mentorship, and community organizing skills, youth and the Roots and Wings team participate in decolonizing and collaborative feminist praxes grounded in intersectionality and anti-racism. To learn more about Roots and Wings, visit their Facebook Page or connect directly via email: rootsandwingskingston@gmail.com 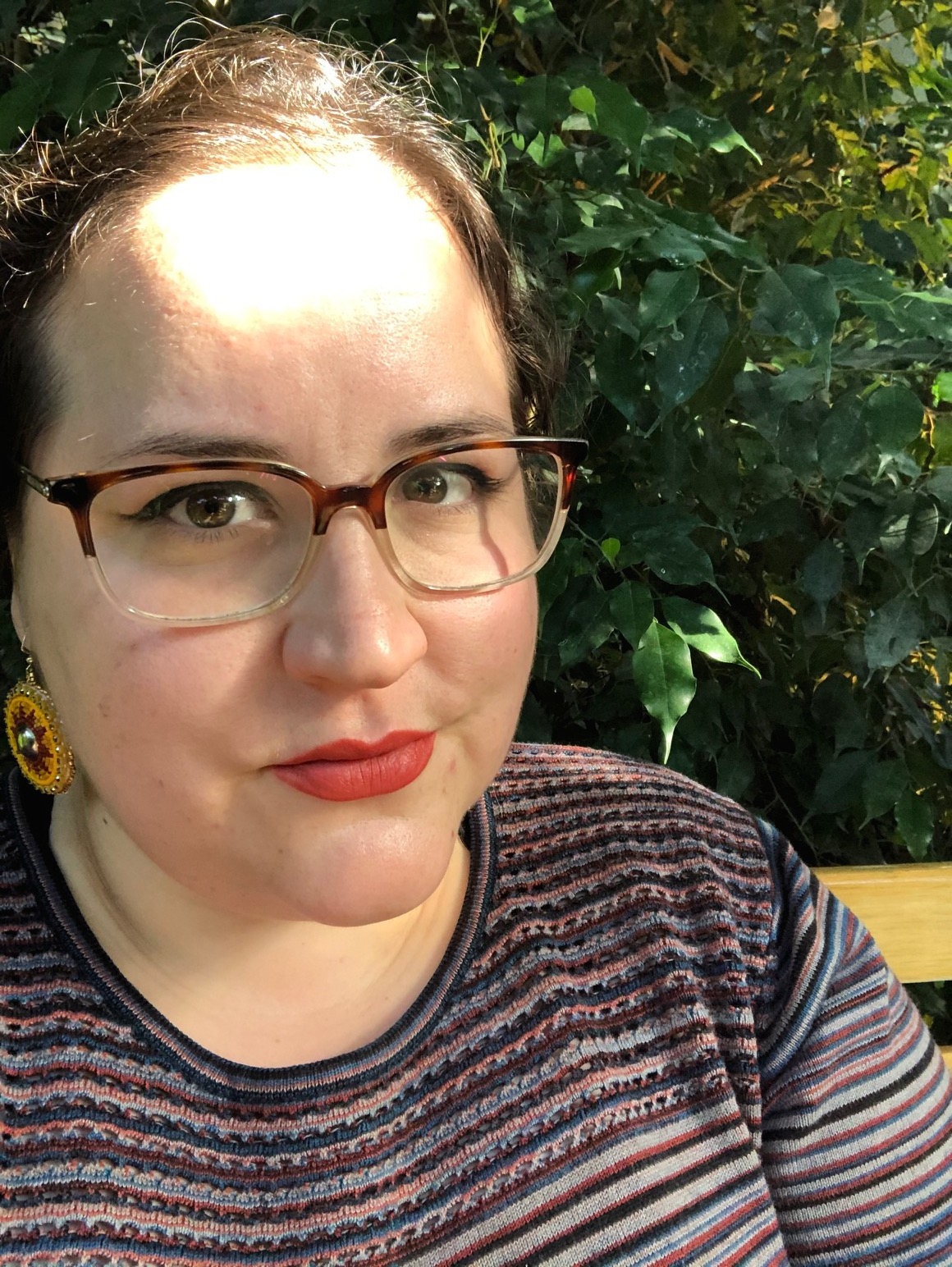 This session will open with a land acknowledgement and the Thanksgiving Address, followed by the guiding question of "Who am I in relation to the world?" to consider identity, purpose, lived experiences and exploration of being BIPOC/2SLGBTQ+. We will explore questions such as: What strengths do I have? How do I maintain resilience? How do I take care of myself? What gifts do I have? We will be using art as a tool for expression and discussion in order to facilitate healing within our mind, body and spirit. Youth will have the opportunity to share their artwork with the group and support one another with encouragement.

Melanie Gray graduated from Queen’s University in 2016 with a BAH in Art History and Indigenous Studies. She went on to complete her graduate program at the Toronto Art Therapy Institute where she graduated in 2018. Her thesis was titled The Ohén:ton Karihwatéhkwen Project: Introducing Art Therapy to Tyendinaga Mohawk Territory using the Haudenosaunee Thanksgiving Address. As an Indigenous Art Therapist, Melanie continues to be grounded in her Haudenosaunee culture and uses this understanding in her art healing practice. 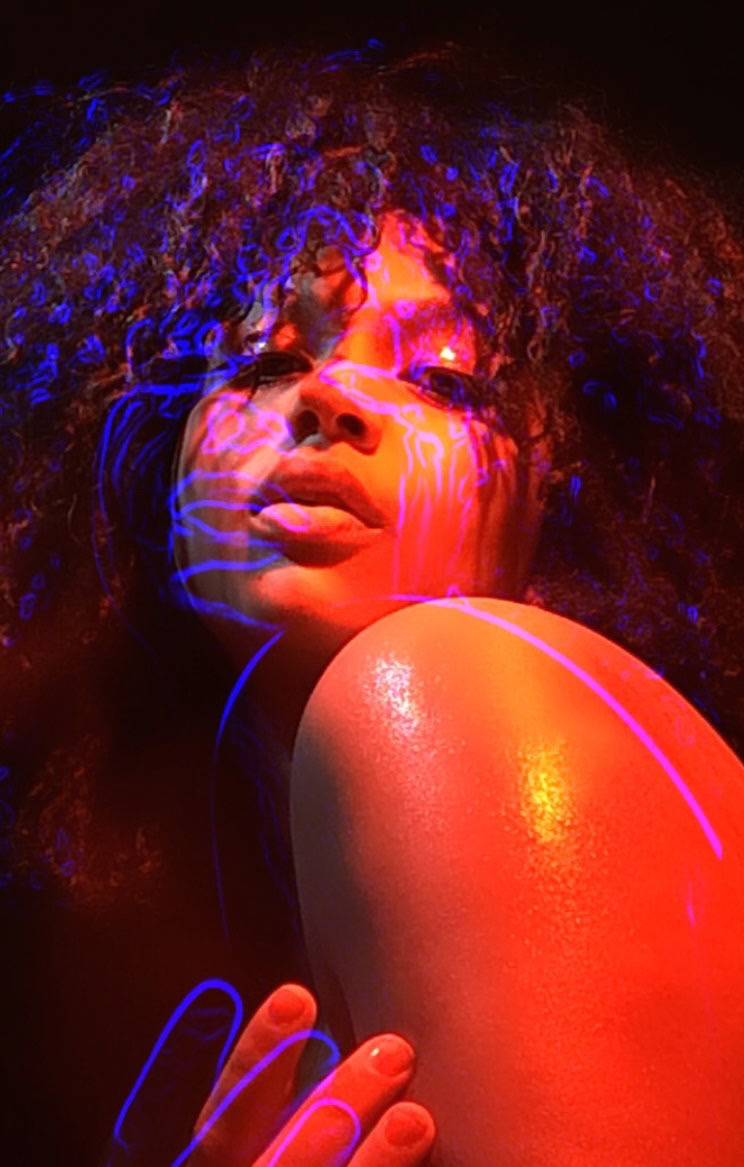 I want to introduce the idea of vulnerability as strength through collage, because of a recent encounter where I became aware of the subconscious reactions of others and how that can impact BIPOC individuals, especially our youth. When we think of movies, most of the time there is a period where the main character will go through a set of trials and experience a sense of tribulation, before they bloom and become stronger. Vulnerable moments that may make us feel down, are actually something to embrace. I hope this workshop will teach the power of struggle and the feeling of success that can erupt once channelled in the right way. Collaging is a really beautiful and helpful way to understand visually, mentally and physically how to connect with a sense of disruption, beyond desired circumstances.

Viiein Dampier is a multi-disciplinary artist with a practice spanning photography, collage and poetry. Her work focuses on connectivity through various forms of vulnerability within communities, individuals and self-exploration. 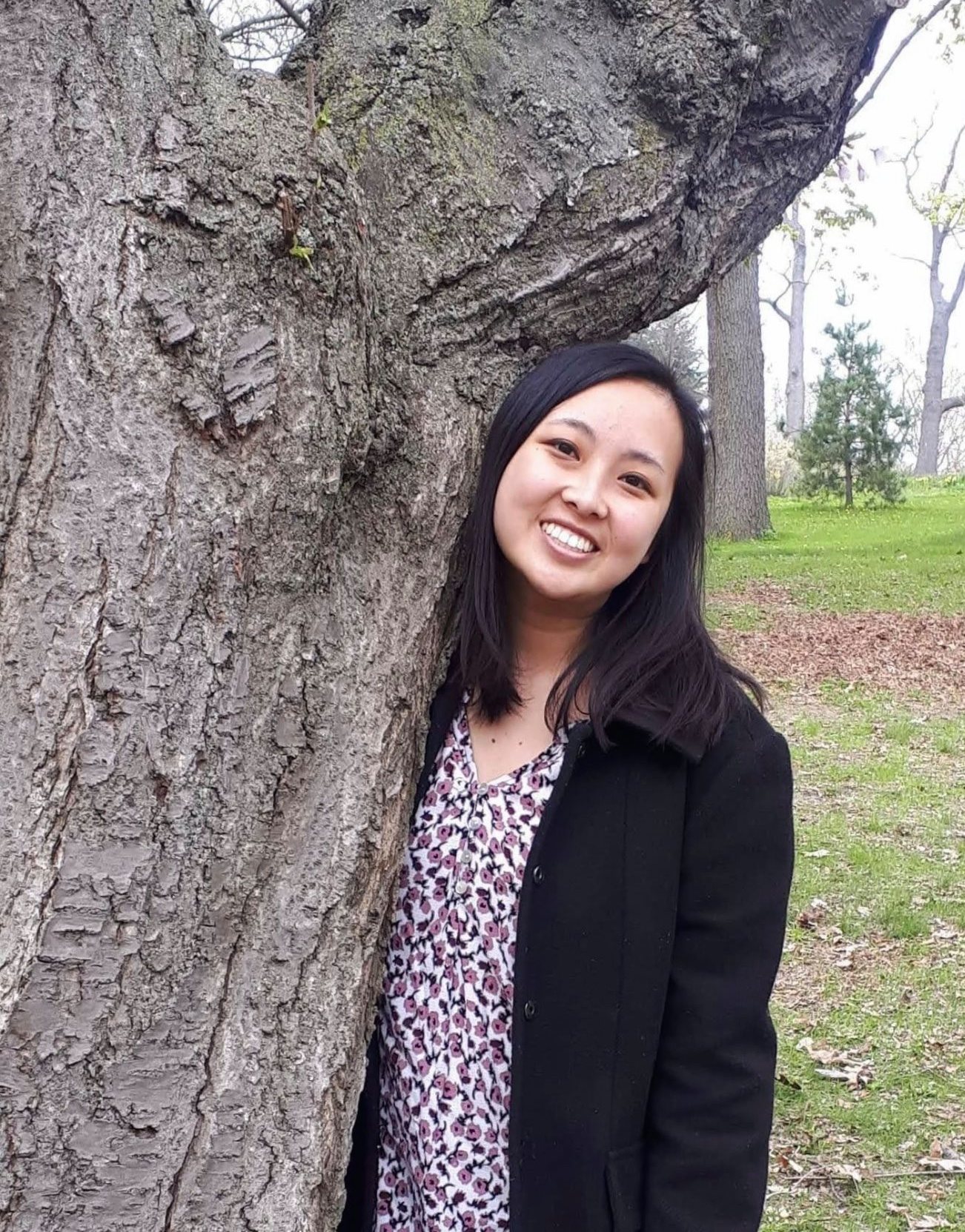 Art Futures will be a workshop that invites participants to envision the future of art in creative spaces. Through a collaborative process, we will explore possibilities for creating safe and inclusive spaces for youth and delve into themes of interest to the next generation of artists. Starting with a shared brainstorming session, participants will then engage in a hands-on artistic activity to share their unique vision for the future of arts in our communities. This workshop will serve as a starting point for a dialogue between our local budding artists and Union Gallery and reflect on how the gallery can best support our young communities.

Elise Ngo is a recent graduate of the Queen's University BFA program, working in paint, sculpture, and new media. She is currently in her final year of the Queen's Concurrent Education program completing her BEd, with plans to pursue a career in arts and education. Elise currently sits on the Board of Directors at Union Gallery as the President and was previously involved with the gallery as a volunteer throughout her undergrad which has provided many great learning opportunities. As an artist, Elise has exhibited at UG, the Studio at Duncan McArthur Hall, the Toronto Public Library, and festivals like the Juvenis festival and Scarborough StArt YPA. 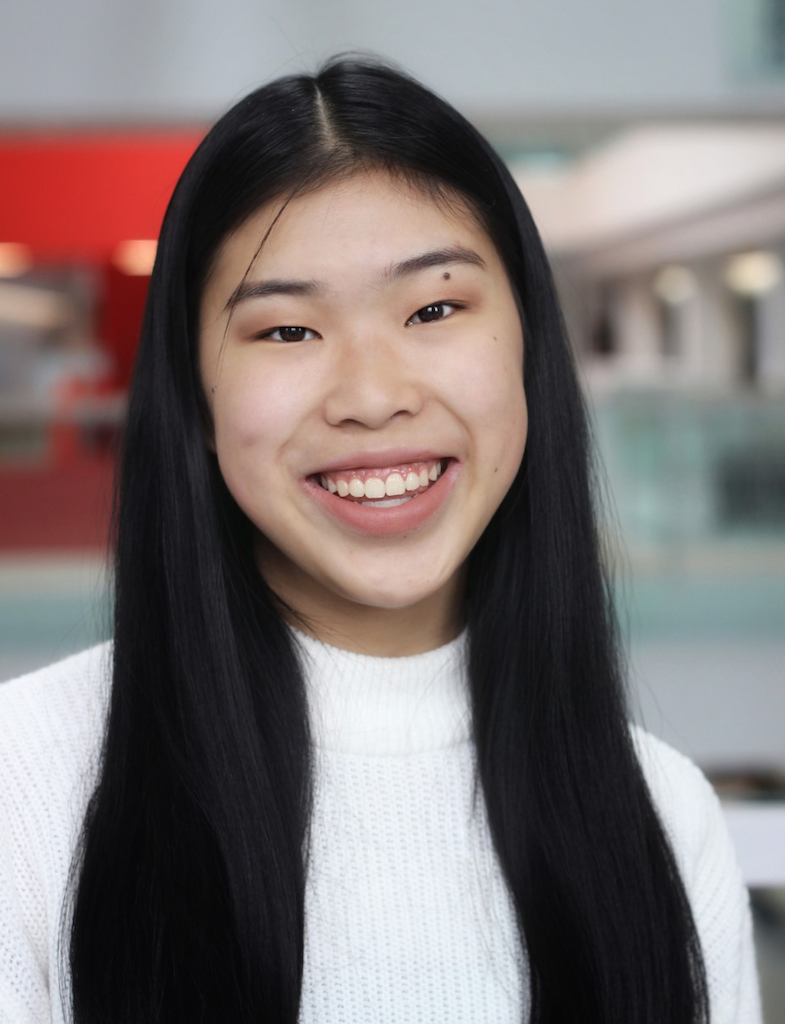 Yvonne Tan is a fourth-year Queen’s University student working towards her BScH in Life Sciences with a minor in Global Development Studies. She has a passion for equity, advocacy, and education, in addition to a keen interest in art and the ways in which art can contribute to social justice. Yvonne has exhibited at the Kanata Civic Art Gallery and the Union Gallery Reflections Silent Auction. She has also been published in A Work in Progress, an Ottawa based art magazine, and The Homesick Project, a Madrid-based zine. Most recently, Yvonne received the Summer Company grant from the government of Ontario to start her art business and was highlighted as a “Success Story” for the province as a result of her commitment to social entrepreneurship. 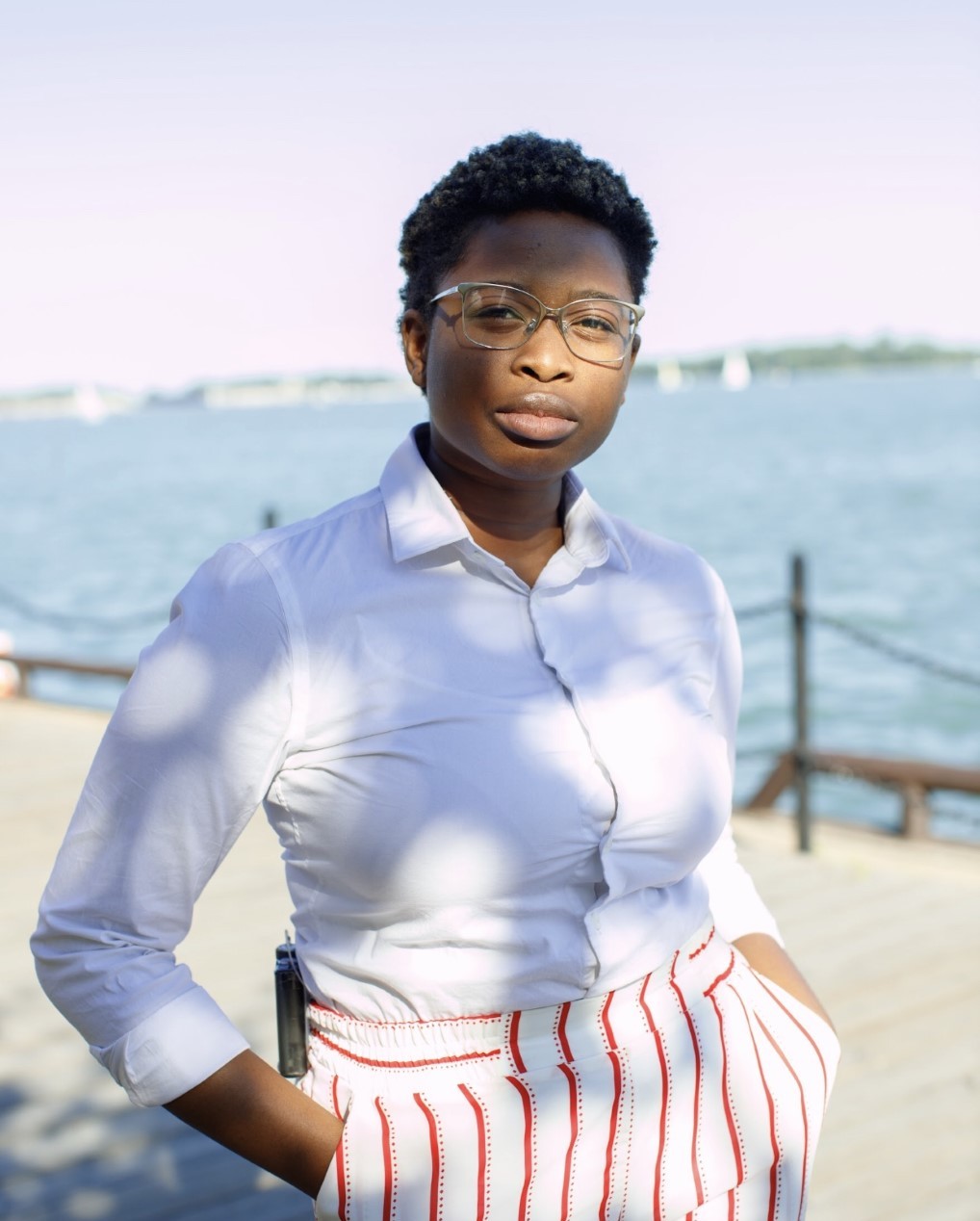 Body Movement will be a workshop that allows participants to ground themselves and be more comfortable within their bodies. Based in theatrical and devising practices, participants will learn exercises that give them an awareness of what they may be holding within their bodies, be it conscious or unconscious. We will explore embodiment, and what it can look like to harbour different energies, along with the strategies one can use to release and or be conscious of them. We will start with an offer of open and collective movement and build ourselves to a point of comfortability to focus on individual meditation.

Kemi King is a writer, director, performance artist and divisor. Some of her work has been produced by Obsidian, and Canadian Stage. She has created and performed works with Soulpepper Theatre and as a part of the Paprika Festival. She is one of the co-founders and artistic director of YIKES a Theatre Company founded in her second year of undergrad. Kemi is always excited for a learning opportunity with different types of artists and collaborators. Kemi is passionate about the arts and the way it can be used to help shape social consciousness.

Beyond Words Youth Art Assembly is a collaborative program designed and coordinated by Union Gallery and Roots and Wings, with special + heartfelt thanks to Yasmine Djerbal and Fatou Tounkara.

Originally from Algeria, Yasmine Djerbal now lives and works in Katarokwi/Kingston. Involved in the co-creation of Roots and Wings, she has been coordinating its programming for the past few years. She is a community organizer committed to social justice and social change, and a recent PhD graduate of the Cultural Studies program at Queen's University.

Fatou is a fifth-year international student at Queen's University and Program Coordinator at Union Gallery. She is currently pursuing her BA in Politics with a minor in Philosophy. Fatou is passionate about exploring how advocacy and the arts can complement one another. Fatou has previously worked as the President of the Queen's Student Diversity Project, and as the Outreach Coordinator for the Queen's Black Academic Society, during which she helped coordinate events such as The Soul of the Black Artist. She is currently working on a new initiative called Queen’s International Student Society.